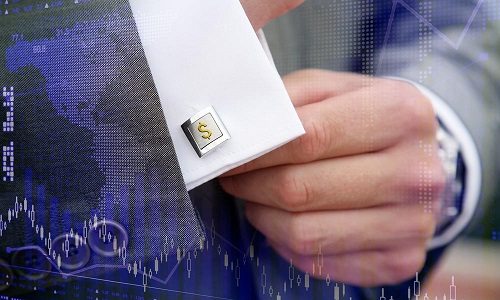 With most forex systems promoted online claiming to be the key in getting rich quick, easyMarkets decided to roundup the real folks who’ve actually made it big in the forex market. Here’s a list of the ten wealthiest forex traders in the world, how they’ve scored their profits, and how they’re enjoying their winnings.

More popularly known as the “Man Who Broke the Bank of England” for his large pound short position during the 1992 Black Wednesday UK crisis, George Soros is also one of the 30 richest people in the world. With this famous pound position, he risked $10 billion and made a jaw-dropping $1 billion in a single day.

Soros was born in Hungary then immigrated to England to study in the London School of Economics. His first full-time job was an entry-level position at a merchant bank called Singer & Friedlander before applying at brokerage house FM Mayer of New York as an arbitrage trader. From there, he moved to Wertheim &  Co. as an analyst of European Securities, before setting up several investment funds later on.

In 1970, he founded Soros Fund Management and became its chairman. He built a short pound position leading up to September 1992, recognizing the potential negative impact on the British pound of the European Exchange Rate Mechanism.

Outside of trading, Soros has been active as a philanthropist since the 1970s, providing funds to help education efforts in South Africa. He also backed groups that acquired baseball and soccer teams, with a SEC filing showing that he holds a 1.9% stake in Manchester United.

Martin “Buzzy” Schwartz is known for winning the US Investing Championships in 1984 by trading stocks, forex, and options. He is also the author of Pit Bull: Lessons from Wall Street’s Champion Day Trader.

Prior to his trading career, Schwartz served in the US Marine Corps Reserves and rose to the rank of captain. He initially worked as a financial analyst at EF Hutton before quitting the firm to buy a seat on the American Stock Exchange where he traded options and futures, making $600,000 in his first year as an independent trader and earnings $1.2 million in two years.

Trading under the tutelage of George Soros has allowed Stanley Druckenmiller to carve out a highly successful trading career for himself. He is actually partly credited for being able to foresee the potential pound crash way ahead of the UK Black Wednesday crisis in 1992. He is said to have a net worth of 3.5 billion USD, ranking among Forbes’ 200 richest people in the world.

For more than a decade, Druckenmiller managed money for Soros as the lead portfolio manager of the Quantum Fund. He was born in Pennsylvania and grew up in a middle-class household. He went on to receive a BA in English and Economics but dropped out of a PhD program at the University of Michigan to take a position as an oil analyst for Pittsburg National Bank.

He stayed with the bank for a year before creating his own firm Duquesne Capital Management. In 1988, he was hired by George Soros to trade for the Quantum Fund and the rest, they say, is history. In 2000, he decided to focus on Duquesne and managed to post an average annual return of 30% without any negative years. He is known for his “top-down” trading strategy, earning a good reputation and wealth for his knowledge and self-control.

In 2009 he was dubbed as one of the most charitable men in America for donating over $700 million in fundraisers supporting medical research, education, and anti-poverty efforts.

Renowned trading books author Alexander Elder was born in the Soviet Union but grew up in Estonia before later on moving to New York. Among the publications he wrote are The New Sell and Sell Short: How to Take Profits, Cutting Losses, and Benefit from Price Declines, Entries and Exits: Visits to Sixteen Trading Rooms, Rubles to Dollars: Making Money on Russia’s Exploding Financial Frontier, and Trading for a Living: Psychology, Trading Tactics, Money Management.

Prior to focusing on trading psychology, Elder worked as a psychiatrist in New York City and taught at Columbia University. His professional trading approach focuses more on money management rather than technical aspects, employing his three Ms: mind, method, and management in his literature.

Lawrence Hite is a hedge fund manager who focuses mostly on systems trading. In 1981, he co-founded Mint Investments and eventually grew it to become one of the largest commodity trading advisor firms in the world.

After more than three decades in commodity trading, Hite formed his own Hite Capital Management firm, focusing on proprietary trading and the funding of continued research and development in the field of systems trading. He also became the principal investor and chairman of Metropolitan Venture Partners.

Outside of trading, Lawrence Hite has also been active in philanthropic activities, creating his own charitable enterprise called Hite Foundation.

Jack Schwager should be a familiar name for those interested in trading financial markets because of his popular Market Wizards books. In addition to these, he has written other publications on hedge funds, commodities, technical analysis, and futures trading.

He is a mathematician and economist, and is presently a portfolio manager for the ADM Investor Services Diversified Strategies Fund. He also gives talks in conferences, seminars, and provided lectures for various analytical topics.

From these examples, it’s apparent that there’s no shortcut to achieving success in the forex industry, as the skills and fortitude that these renowned traders have amassed through their years of experience have contributed to the large gains that made their careers. There is no substitute to education and practice in this endeavor, but these wealthy folks could serve as inspiration for those who are just startin out.

Want to trade 300+ financial markets with the best risk management tools in the business? Get in touch with easyMarkets now to find out how. 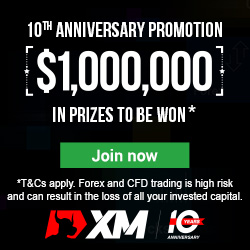