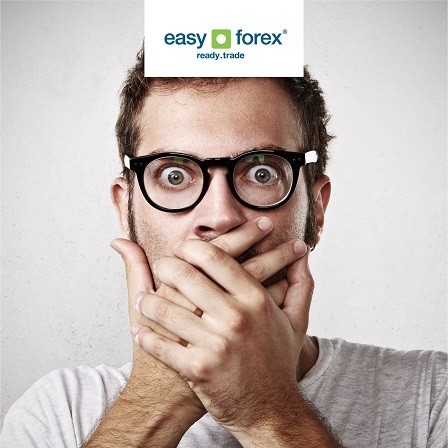 2015 has been an especially difficult year for the global financial system. Business scandals, market crashes and political drama have all played a role in making 2015 the most volatile year since the 2008-09 financial crisis. If you’ve paid attention to the news over the past 11 months, you probably have some idea of what’s happened. To refresh your memory, the following list is a summary of the ten most shocking events from world of finance in 2015.

August 24, 2015 is a day that investors simply remember as “Black Monday.” In 24 hours, about $1 trillion in market value had been erased from the global stock exchanges. The massive selloff started in China and quickly spread west to Europe and North America. To understand the root of the crisis, you actually have to go back several months. As evidence of a slowing Chinese economy began to mount, the Chinese government stepped in to stop the bleeding. This included devaluing the Chinese currency, the yuan, for the first time in two decades. This eventually triggered pandemonium in the Chinese markets, creating a ripple effect throughout the globe.

There was a time when experts were 50-50 on Greece exiting the Eurozone due to its standoff with the European Union about its debt obligations. The 2015 Greek debt crisis lasted a full six months from the time Greece’s far-left Syriza party took power on January 25 until it eventually bowed to the demands of its creditors on July 13.

On January 15 Switzerland’s national bank unexpectedly de-pegged the euro-to-Swiss franc exchange rate, allowing its currency to float freely against the euro. The move was absolutely shocking. Currency brokers were so ill-prepared for the move that some went out of business. At one point during the day, the franc was up by as much as 30% against the euro. Movements that big are extremely (and we mean extremely) rare in the currency markets.

Some consider the Iran nuclear deal to be a victory for global peace and diplomacy. Others believe it was a big mistake. Whatever your opinion, there’s no denying that it was a historic moment. To make a long story short, Iran struck a deal in July with six world powers to limit its nuclear program in exchange for the lifting of key economic sanctions, including restrictions on oil exports.

For many, the European Central Bank’s decision to print money was no shock at all. Faced with weak economic growth and negative inflation in the Eurozone, the ECB decided in March on a €1.1 trillion “quantitative easing” program. The deal, which is designed to run until September 2016, is expected to help improve the struggling euro area economy. So far “QE” doesn’t appear to have worked (at least not convincingly), leading the ECB to promise even more stimulus.

On August 24, US oil prices fell below $40 a barrel for the first time in six years. Oil prices were down pretty much all-year long, but staged a mini rally in the second quarter until Chinese volatility (see #1) caused a massive retreat. That retreat reached its lowest point on “Black Monday,” when US oil settled at $38.24 a barrel, less than half of what it was 12 months earlier.

The price of gold has been steadily declining since October 2013, when it was around $1,780 an ounce. Since then, prices have fallen by around $700, reaching a five-year low in July 2015. The outlook on the yellow metal doesn’t look too good. At this point, investors aren’t even asking whether gold will continue to fall – they’re just trying to find out what the bottom is.

Volkswagen’s “Dieselgate” emissions scandal has it all: an international conspiracy, federal violations, plunging stock prices and police raids. All within the span of a month of the US EPA announcing that Volkswagen had violated the Clean Air Act by installing cheat devices on its cars. When the truth came to light, Volkswagen finally came clean (!) and admitted that a staggering 11 million vehicles worldwide had been equipped with the special software designed to beat emissions tests. At one point, Volkswagen’s stock price plunged 35% over two days, wiping out $26 billion from the company’s market value.

The VIX Volatility Index, also known as the “investor fear gauge,” has received a lot of media attention this year. That’s because it spent about a month at levels only seen during a recession. It spiked on “Black Monday” to its highest level since 2011 and remained above the historical average for another six weeks. In other words, investors have been extremely concerned about the health of the financial markets this year, more so than at any other time since 2011.

The US dollar soared to new 12-year highs against world currencies in March 2015. Up until that point, the dollar had gained an incredible 24% since July 1, 2014 on expectations the US central bank would begin raising interest rates sooner rather than later. The dollar’s amazing feat of strength has continued for most of 2015, although it never did hit the same highs we saw in March. The dollar is expected to grow even stronger next year as US interest rates begin to slowly rise.