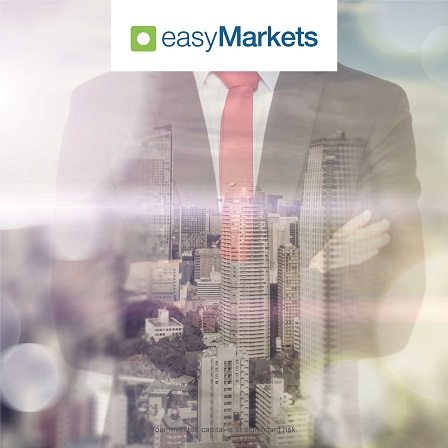 Now that the much-anticipated EU referendum has passed, summer brings a fresh opportunity to look for new market catalysts. But while summer months are typically characterized by low liquidity and range-bound conditions, the next few months this year might see a different market environment.

For one, the upcoming weeks are filled with central bank decisions, which would be particularly interesting to watch given that the United Kingdom has already voted to exit the European Union. Earlier in the year, monetary policy authorities have mostly been standing pat or acknowledging improvements in their own economies, but the attention should now shift to global uncertainties.

This week, the European Central Bank will take its turn to announce its monetary policy decision. Traders are also expecting some form of dovishness from this central bank, as ECB Governor Mario Draghi has previously confirmed that “further stimulus is in the pipeline” but has stopped short of providing details.

Meanwhile, the Bank of Japan and the US Federal Reserve will be announcing their rate decisions in the last week of this month. No actual changes are expected from the FOMC, as policymakers have already expressed their concerns about a slowing jobs market and the potential repercussions of a Brexit. However, the BOJ could also adopt an easing bias after the Japanese government has started to prepare a new round of economic stimulus.

With these in mind, trending market conditions could persist throughout the summer, lending plenty of opportunities to catch corrections from ongoing rallies or selloffs. In particular, the commodity currencies could continue to enjoy a bit of support, thanks to their central banks’ preference to sit tight for now.

On the other hand, European currencies could be in for further weakness, as the uncertainty in the region coupled with easy monetary policy could lead to depreciation for the British pound, euro and Swiss franc. In particular, the franc is also being weighed down by the threat of central bank intervention from the Swiss National Bank, which is known for stepping in the forex market to limit franc gains.

Perhaps the biggest factor that could derail the comdolls’ rallies would be China’s economic performance, as the world’s second largest economy is facing a few headwinds of its own. Data from the past few months has indicated an ongoing slowdown and the upcoming GDP, retail sales, fixed asset investment, and industrial production numbers should paint a clearer picture.

Apart from the Brexit, the slowdown in China was also one of the reasons why risk aversion reigned supreme in the past quarter, discouraging traders from putting money in higher-yielding assets like equities. Some investors from the mainland even sought safety in bitcoin and other virtual currencies which are not manipulated by the Chinese government or monetary authorities. Further signs of weakness in China could revive this type of behavior, putting an additional drag on global stock markets.

Of course nothing is set in stone in the financial markets, as signs of good progress in the EU and UK talks could restore risk appetite and trigger reversals from the previous months’ selloffs. Keep in mind that several European currency pairs are trading at record lows, which might be seen as an opportunity to buy at market bottoms.

Apart from that, an easy monetary policy environment does tend to spur global growth in the longer run so positive expectations could lead traders back to pursuing risk and higher yields. The Fed’s hesitation to tighten monetary policy could keep cheap credit available for much longer, to the benefit of US firms and global companies.

Still, the lack of clarity in financial markets and monetary policy might be enough to keep traders sitting on their hands for the time being, waiting for stronger market clues before building up their positions towards the end of the year. Even political uncertainty could come into play, as Australia and the UK are both in the middle of transitioning to new leadership.

With the low liquidity environment and potentially market-moving headlines, volatility could be higher than usual in the summer months. This should provide traders an opportunity to catch trends and corrections in the forex market while buying commodities and equities on dips. Still, exercising caution and being prudent with targets is a must, knowing how sentiment can shift of a dime and possibly cause significant reversals.

As for equities, the earnings season should provide a better glimpse of how businesses have fared and how they could perform for the latter half of the year. A positive outlook could keep risk appetite in place for the next few months, boosting US equity indices to record highs once more.

European equities, on the other hand, could see a bit of consolidation as investors hold out for a more thorough idea of how the Brexit process would play out. Another factor worth noting in the European market is the worsening state of Italian banks, which some consider to be the next big crisis in the region.