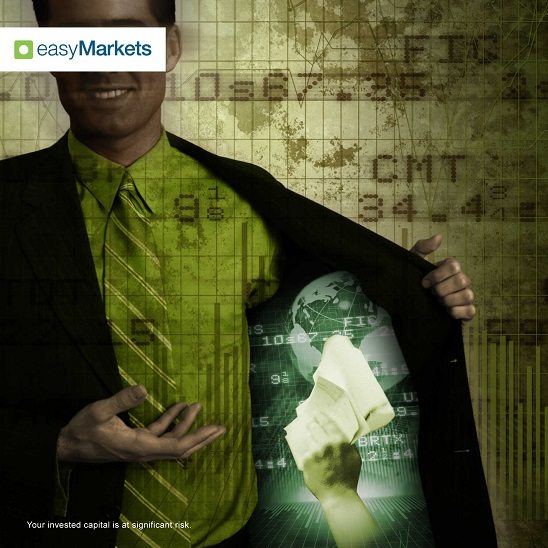 Trading psychology articles usually focus on what you should do next when you encounter a losing trade or a huge drawdown. However, it’s also just as important to be aware of how you typically react to winning trades and how to keep your emotions in check.

Imagine scoring a huge win or recalling your best trade setup ever. How did you feel after you locked in your gains? Did you immediately look for another potential trade idea? Did you take note of what you did right or how else you could’ve maximized your wins? Or did you jump in another setup right away?

Quite often having a big winning trade can lead to feelings of overconfidence and even to some extent, being invincible. When acted upon, this can lead a trader to believe that he has mastered the markets and be able to catch yet another big win instantly. In most cases, these follow-up trades don’t turn out to be as profitable, as the might’ve been entered without the same level of analysis compared to the earlier one.

Instead of dwelling on these post-win emotions, it’s important for a trader to break down the setup to identify the factors that contributed to its success. Was the entry spot on? Did the economic event turn out exactly the way you predicted? Were your stop loss and profit target appropriate? Was there any opportunity for you to add to your position and improve your return-on-risk? Which decisions and strategies will you repeat in the future?

It’s also crucial to admit whether the win was scored out of following a proper trade plan or out of sheer luck. Keep in mind that not all winning trades can be classified as good ones, as some may have taken place due to mistakes in order placement or just on a whim. This way, you can be able to determine the factors that you were in control of and bank on these again later on.

For some traders, coming out of a winning trade gives them a good incentive to update their trading journal and statistics, especially since it feels great to chalk up those positive figures on a spreadsheet. This would be an excellent way to stay on top of your emotions and keep the bigger picture in mind, analyzing your trade metrics to see how a good winning trade can affect your overall performance.

If you’re feeling way too excited and eager to jump in another trade, take a step back. Evaluate the reasons why you think you should be entering a new one at this point. Has the market landscape changed? Are you putting all your recent wins at risk or should you just risk a smaller percentage of these? Do the fundamentals and technical signals line up? How would you feel if this trade didn’t turn out as well?

In trying to maintain an objective view of the markets and your trading performance, you can prevent the “trading high” from interfering with your decision-making. In doing so, you can refrain from being reckless and doubling up on your bets.

Huge market moves that probably contributed to your winning trade are often reversed just as quickly. This is often the case around major market releases or central bank events. For instance, when the European Central Bank just cut several interest rates and expanded their quantitative easing program recently, the euro dropped by more than a hundred pips against its forex peers instantly, possibly resulting in a lot of winning short setups. However, if you had tried to press on with another euro short position just before the press conference that triggered a spike higher, you would’ve been in for a rude awakening.

This was also the case during the RBNZ interest rate decision last week when the central bank surprised with a 0.25% rate cut. Short Kiwi positions hit nearby support levels at which plenty of exit levels were located, allowing traders to book wins. But if you had tried to jump in another short position soon after, the profit-taking activity might’ve stopped you out on a rally.

If you find yourself feeling occasionally greedy and overconfident after winning your trades, don’t blame yourself. It’s part of human nature to feel proud of achieving something and having the instinct to prove oneself by replicating this success immediately. Then again, when you lose sight of your reasons for entering a trade and focus solely on the emotional aspect of it all, you could wind up erasing your recent wins and more.

It’s easier said than done but it’s helpful to keep a mindset of treating your winners and losers in a similar manner. Whereas you scrutinize a losing trade for the reasons that contributed to the loss, you should also take a closer look at your winning trade to identify factors that led to its success, whether it’s a good understanding of fundamentals or solid technical analysis. It’s also important to note that winning trades don’t have to contain perfect entries or exits, but it’s already more than enough if you were able to catch majority of the move.

Remind yourself of the ebb and flow of the markets. A large move is often followed by retracements on profit-taking or trend exhaustion so there’s no need to hop back in immediately to try and catch a bigger win. The market will present another opportunity sooner or later, and you just have to stay in sync and fully aware of these potential setups if they materialize again.

Take a step back when you feel the need to risk more or trade more, as only fools believe that they’ve outsmarted the market. More often than not, the quality of a trade trumps quantity, especially if you’ve learned how to improve on expectancy and return-on-risk. Treat each trade as mutually exclusive events, although the lessons you’ve learned from these, whether winning or losing ones, are a cumulative part of your trading success.