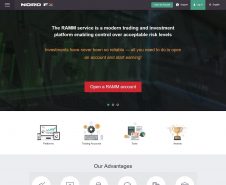 Users reviews are for informational reference only. Don't treat it as advisor to invest money in Forex trading.