Who is Bernie Madoff? 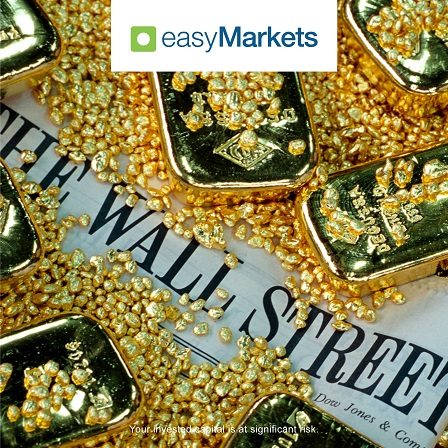 Bernard “Bernie” Madoff was a highly influential stockbroker and investment adviser who also served as the non-executive chairman of the NASDAQ.

Born in 1938, Bernie Madoff is most famous for being the ringleader behind a Ponzi scheme that turned out to be the biggest case of fraud in American financial history.

Madoff started his career as the chairman of Bernard L. Madoff Investment Securities LLC in 1960.

The company began by trading penny stocks with $5,000, in addition to a $50,000 loan from Madoff’s father-in-law, accountant Saul Alpern. From here, the firm quoted bid and ask prices through the National Quotation Bureaus Pink Sheets.

Madoff and his firm gained an advantage over much of the competition trading in the New York Stock Exchange by implementing what was then seen as a pioneering form of computer information technology.

The technology used to create the firm’s quotes eventually became what is now known as the NASDAQ.

As you might imagine, Madoff’s sphere of influence grew and grew over the years.

It wasn’t until December 2008 that the wealth management segment of Bernard L. Madoff Investment Securities LLC was exposed as a Ponzi scheme.

The scheme was pitched to prospective victims as a clever investment strategy that involved taking options contracts on blue-chip stocks. This is occasionally referred to as a collar or split-strike conversion.

Back in the 1970s, Madoff had placed invested funds in “convertible arbitrage positions in large-cap stocks, with promised investment returns of 18% to 20%.” In the early 1980s, he subsequently used futures contracts on the stock index before placing put options on futures during the stock market crash of 1987.

Mitchell Zuckoff, author of Ponzi’s Scheme: The True Story of a Financial Legend, explained that the “5% payout rule” – which requires private foundations to pay out 5% of their funds each year – enabled the Ponzi scheme to remain unnoticed for as long as it did due to the fact that Madoff predominantly managed funds for charities.

Zuckoff goes on to explain that, “[for] every $1 billion in foundation investment, Madoff was effectively on the hook for about $50 million in withdrawals a year. If he was not making real investments, at that rate the principal would last 20 years. By targeting charities, Madoff could avoid the threat of sudden or unexpected withdrawals”

Of course, Madoff eventually admitted that he hadn’t committed to any trades since the early 1990s, meaning that all of the returns he had posted since then were a complete fabrication.

It appears as if Madoff was very close to insolvency as far back as June 2005, which was when his team realised he had been attempting to obtain loans from banks.

It is known that at least two major banks refused to lend money for the purpose of investing it with Bernard L. Madoff Investment Securities LLC, and shortly before the scheme was fully exposed it was revealed that Madoff had been receiving leveraged funds.

At this point it was obvious that Madoff was quickly running out of money and that his only way of maintaining the scam was to increase promised returns.

The market began to take a more severe downturn, and it was at this point that investors tried to withdraw $7 billion from the firm.

As an increasing number of withdrawals were coming in, Madoff was doing everything he could to secure the funds, including a $164 million transfer from Madoff Securities International in London.

Leaning on old friends and colleagues proved to be not enough to stop the eventual collapse of the scheme, and it was on December 10, 2008 but the truth of the matter was finally revealed to his sons Mark and Andrew.

On this day, Madoff suggested that they pay out more than $170 million in bonuses a couple of months before they were due.

This point Mark and Andrew asked how the bonuses were supposed to be paid for if they weren’y even able to pay investors. This is when Madoff admitted what had really been going on.

As soon as Madoff revealed the truth to his sons, they immediately reported him to the authorities, and the rest is history.

As many of you are probably aware, Bernie Madoff was charged with a range of crimes including securities fraud, money-laundering, perjury, theft from an employee benefit plan, and false statements, to name but a few.

Madoff was sentenced to 150 years in a medium-security federal prison, and ordered to pay $170 billion in restitution.

There were also a number of suicides associated with the collapse of the Ponzi scheme, including British soldier William Foxton OBE, who at the age of 65 shot himself after losing all of his family’s savings to Madoff.